The Other Woman by Jane Green

Summary : Ellie and Dan are living proof that opposites attract. He always follows instructions and she throws the manual away. He loves sports whereas Ellie’s allergic to any form of exercise. Ellie doesn’t have a mother. And Dan does – a mother who wants to take over… EVERYTHING.

At first Ellie is thrilled to have Linda as her « adopted » mother and to be a part of the close, loving Cooper family. But when she and Dan decide to get married and wedding plans progress, she starts to wonder : is it normal for Linda and Dan to speak on the phone twice a day ? How on earth do they come to be having a reception with Chilean bloody seabass and humongous bloody white ribbons tied everywhere when all she wanted was a quiet register office do ?

In fact, is she marrying Dan… OR HIS MOTHER ?

And Ellie’s problems have just began. When she discovers she’s pregnant she realizes that Linda’s only been rehearsing for the real takeover. She seems to want to live her life through Ellie, and in the words of the immortal Princess Diana, there are three of them in the marriage…

My opinion : That is my first chronic in English, so I hope you will be lenient with me.

For my first reading in English, I choose an easy book to read in English, without many complicating words : The Other Woman by Jane Green, a chick-lit novel. It tells the love story between Ellie and Dan, a young couple, which decided to get married together. But the only thing that Ellie didn’t know, it’s that Linda, the mother of Dan, wants to control every aspects of their marriage, like this is it’s her own marriage and not that one of Ellie and Dan. After the marriage, Ellie throw pregnant, and Linda continues to be omnipresent in their life. It’s too much for Ellie. Whereas to beginning of their relationship she loved Linda, now she thinks Linda crosses the lines.

I think it’s a slight story like I love. The Other Woman describes a real life that many other women can lives. I have often hear to talk about the mothers-in-laws are very nasty with their daughters-in-laws, in the sense where they love so much their sons that they don’t want to give him to an another woman. They are so possessive, and intrusive, and this novel going to the sense of this cliché.

Like many relationships, that of Ellie and Dan is not all the time pink and great. There are many ups and downs, many beautiful moments, but many disagreements too. A couple is not agree together all the time. I have like so much this story because it shows the reality of a couple, and not a cliché or an utopic love story.

I would like to have the follow-up of the adventures of Ellie, Dan, Tom, Linda and the others characters. Like I have took many times to read this book (my first reading in English, I prefer to remind), I have be attached to all of us, and I would like very much to understand what they are become.

A great romance, which will make you pass a good moments. 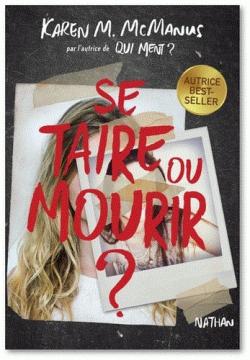