Résumé : The day of my childhood kept turning over; dissolving like sea foam on the crest of the waves. I have been counting them, the days and the nights, the weeks, the months, the years. I have been waiting for this day.

Extraits : « I’ve never cared for beauty. Beauty fades, there’s no loyalty in it. My mother told me it was better to cultivate my wit, my intelligence. If I’d had a daughter, I would have told her the same. I would have made her strong. A woman needs to be strong to survive. »

« Love is never unnatural, no matter whom you decide to give it to.«

Mon avis : The surface breaks is an adaptation of the famous fairy tale write by Andersen in 1837 and animated in film by Disney in 1989. I’m literally fan of this animated, and I think the most part of you are too. When I saw the beautiful cover of this book, bright and colorful I immediately buy it : who can resist at this beauty ? And I not regret this purchase : thanks to it, I return for a moment to my childhood, to the fabulous world of the fairy tales and Disney and I love that !

But for people who don’t know the story, I will explain the plot : under the sea, lives the little mermaid and his family, in the kingdom of her father. They live in peace, but the little mermaid want to break the surface and discover the human world, despite the opinion of her father. Her motivation ? She wants to discover the truth about her mother, disappeared above the surface when she was only a year old. For achieve her goal – be able to get legs and to live above the surface – she will made many sacrifices : first, leave her family behind her (especially her sisters), and second, the most sacrifice, give up her perfect singer voice. But her desires and her curiosity are so strong that she accepts these sacrifices and she finds herself alone in the human world. Above the water, she try to seduce a beautiful human that she saved from shipwreck a year ago. It is the only solution to keep her legs, to refound her voice, and the most important thing : to stay alive.

The surface breaks is kindly faithful of the original story, and I appreciate to rediscover this little mermaid, with more modernity and character.

In this adaptation, I found a feminist message that I don’t found in the original story, and I appreciate that very much. In the beginning of the story, our protagonist is dependent of his father, forced to obey in his rules and to made everything that he wants. Her sisters and herself are like dolls : pretty, smiling, and their father don’t allow her nor to speaks or made everything by herself. In the kingdom, the mer-men decide of everything, and the mermaids must to undergo in silence. When Zale, the pretender of Gaia, our protagonist, comes in her room and touches her, she can’t make nothing, because he is a man, he has the power, and she is just a woman, she must to made like all other women of the kingdom : keep quiet, suffer and obey.

But our protagonist is more than a pretty doll. She wants to break the rules, to achieve independence and freedom. One night, with courage and determination, she disobey and leave the kingdom to go toward the enemies : the Salkas, the Sea Witch. She brings a good message : think about yourself and never admit someone to think or made anything for you. You are your unique chief, you decide for you.

The surface breaks is a good adaptation of The little mermaid, with powerful and optimistic messages about the women rights. I like it ! 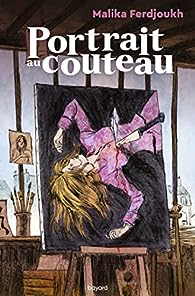